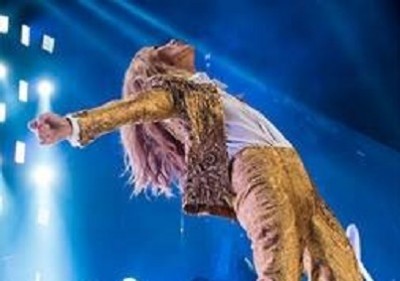 International superstar Celine Dion has announced today that more than 15 years after the premiere of her first critically-acclaimed Las Vegas residency, her second production Celine at The Colosseum at Caesars Palace will come to an end on June 8, 2019. Tickets for the final performance and additional 2019 show dates (Feb. 26 through Mar. 16 and May 14 through June 8) will go on sale to the public beginning Friday, Sept 28 at 10 a.m. PST.

"I definitely have mixed emotions about this final run,” said Celine. “Las Vegas has become my home and performing at The Colosseum at Caesars Palace has been a big part of my life for the past two decades.  It's been an amazing experience and I'm so grateful to all the fans who have come to see us throughout the years. Every show we do at The Colosseum throughout this fall, and right up until the final one, will feel very special."

Since March 2003, Celine has performed 1,089 shows to 4.5 million fans at The Colosseum. Her first residency A New Day… played 717 shows from March 25, 2003 through December 15, 2007. Her second and current residency, Celine, premiered in Las Vegas in March 15, 2011.  The 373rd performance of that show will be on October 30, 2018, when the production returns to The Colosseum. The shows are presented by Concerts West/AEG Presents and Caesars Entertainment.

“What an extraordinary part of our lives these shows have been,” said John Meglen, co-CEO of Concerts West/AEG Presents.  “Celine took such a leap of faith, made such a big bet on Las Vegas when she decided to perform A New Day… all those years ago.  And look what she’s done…she has changed the landscape of entertainment in Las Vegas.  What she started, as a crazy idea that didn’t make sense to a lot of people, has now become the norm.  Now everyone wants to perform a residency in Las Vegas!  All of us have Celine to thank for really making Las Vegas the entertainment capital of the world.”

“Celine is ingrained within the legacy of Caesars Palace and it has been a tremendous honor to be a permanent home to one of the most legendary music icons for over 15 years,” said President and CEO of Caesars Entertainment Mark Frissora.

The final 28 performances of Celine at The Colosseum going on sale Friday at 10 a.m. PST are:

Tickets start at $51, plus tax and fees, and may be purchased in person at The Colosseum at Caesars Palace Box Office, by calling 866-320-9763, or online at thecolosseum.com or ticketmaster.com. Orders are subject to additional service charges and fees. For groups of 10 or more, call 866-574-3851. Shows are scheduled for 7:30 p.m.

Celine at The Colosseum at Caesars Palace is presented by Concerts West/AEG Presents and directed by legendary Grammy Awards producer Ken Ehrlich.  The glamorous production features the legendary singer’s biggest hits mixed with timeless classics including her newest song, “Ashes,” from the box office blockbuster “Deadpool 2.”

In June 2018, Celine took a two-month hiatus from her Las Vegas residency to head overseas for her sold-out tour CELINE DION LIVE 2018, playing 22 shows across 12 cities in Asia, Australia and New Zealand.  The tour included stops in some familiar cities, and a few that Celine had never performed in, including Taipei, Singapore, Bangkok, Jakarta and Manila.  The tour was one of the highest-grossing of the year, grossing nearly $57 million for 260,000 fans.

One of the most immediately recognized, widely respected and successful performers in pop music history, Celine Dion has sold almost 250 million albums during her over 30-year career. She has earned five Grammy Awards, two Academy Awards, seven American Music Awards, 20 Juno Awards (Canada) and an astonishing 40 Felix Awards (Quebec).  In 2004, Celine received the Diamond award at the World Music Awards recognizing her status as the best-selling female artist of all time. In 2016, the Billboard Music Awards presented her with the lifetime achievement Icon Award.  For more information visit celinedion.com.
Tilbage til markedspladsen