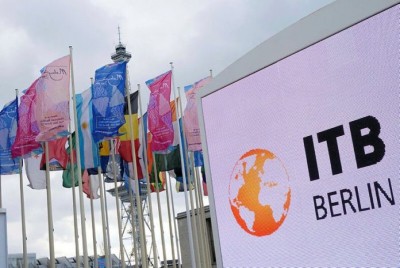 The European Tour Operator Association under their outspoken CEO Tom Jenkins provided a sobering outlook on the European Travel and Tourism Industry with Coronavirus in the play. This came on the day the largest travel fair in the world ITB was canceled in Berlin yesterday.

“As an association we are running all scheduled events and attending all forthcoming events. Tourism is a vital component in the economy, and a bell-weather for confidence in the service sector. Where it can continue, it must. We have every intention of running our China European Marketplace (CEM) in Shanghai on May 12th: This is where European suppliers meet Chinese buyers. China is a vital and growing market that now needs – it deserves – cultivation and support. The recovery will come, and we need to lay the groundwork now.”

There are three origin markets of concern: China, Japan, and North America.

China
The Chinese market for 2020 had been looking good: demand for Europe was 11% up in 2019. But we have seen a complete cessation of activity. Effectively there have been no tourist departures since January 27th: when we lost almost 50% of the Chinese New Year business as a result of the outbreak. We do not expect any significant numbers to emerge before the end of April. If you include the lost New Year business, this closedown of outbound tourism means that nearly 30% of the people who would normally come to Europe in a year have not done so.

The period of February – April is an important booking period for the higher season months of May June and July. Even if all controls are relaxed by May, we have to anticipate a dramatic weakening in delivery for the following three months: clients will not have had time to plan, book and apply for visas. So it is fair to anticipate a further softening of the market in this period: maybe half of the people we would normally anticipate coming will do so.

On the basis that the market recovers from what is a zero level now, and assuming that many of those who had to cancel rebook later in the year, we can expect the total demand from China in 2020 to have shrunk by 45-55% against 2019. Were this to be the case, this is roughly 1.7 million fewer visitors, with a spending drop in the region of €2.5 billion.

Japan
Japan (and South East Asia) had been looking extremely strong, with bookings running over 15% up on last year. These had held firm until February, where a combination of disruption to the air-lift and nervousness concerning travel started to erode confidence in the market. Since the declaration of the outbreak in Italy, bookings have stalled and cancellations have started to come in. If the situation stabilizes quickly, then operators will be happy with a shortfall of 20% on last year. Japan in 2019 sent approximately 3.5 million visitors to Europe, spending roughly €4 billion.

United States
Like other markets, the US was looking to be in a strong position: demand for Europe was approximately 10% up on last year. It is by far the most important long haul origin market, sending roughly 19 million visitors in 2019, who spent approximately €30 billion. The Coronavirus outbreak has occurred during a low season for travel, but what is normally the main booking period for people coming to Europe from North America. The outbreak in Italy (which represents a major component in a European trip) has led to a wave of abandoned reservations that is affecting all of Europe. It is too early to put any data on this, but cancellations are coming in when we should be seeing bookings.

The US has become of a robust and resilient market, if we see a resolution to the crisis then much of the damage can be contained. There is no requirement for visas, Europe is a familiar destination and there is substantial air-lift. If there is a sustained movement away from travel to Europe we may be looking at shortfalls in arrivals similar to that which we anticipate from Japan.

“Inbound European Tourism is facing its toughest challenge since the 1991 Gulf War. There are two principal problems: the threat posed by the virus, and the fear generated by this threat. The first is comprehendible: strains of ‘flu are regular occurrences, though not with this level of celebrity status. The news from China that the epidemic is plateauing is heartening, as are the statistics on the severity of its impact on individuals.

“The second is the major problem as it is inherently irrational. Local governments spray antiseptic over buildings. Facemasks are used as a prophylactic against disease rather than a block to spreading it. You cannot reason with such irrationality. All you can do is file it alongside the Cholera bonfires of the nineteenth century, rubbing yourself with a dead pigeon to cure the plague or striking an offending body part with a bible to cure syphilis.

“At best this is harmlessly weird behavior, but it becomes genuinely alarming when confidence is eroded.  A balance has to be struck between containing what is becoming a pandemic and the damage such containment measures cause. The danger lies when governments act because they feel they need to pander to fear. This fans the problem that it ostensibly seeks to extinguish, as they struggle to control what they cannot influence. Public panic is a natural reaction to authorities addressing what they assert is a crisis with floundering impotence.  What is served by a country stopping outbound trips, but allowing inbound visitors?

We anticipate that the COVID-19 Coronavirus will spread within the next three weeks, and then gradually fizzle out over the following six weeks. Influenza outbreaks are seasonal and dissipate with the spring.  It is likely that the pandemic of fear will run for the same period.

The third, which is the wider economic impact is harder to establish, but we have to assume that the impact of a shut down in the Chinese manufacturing sector, combined with a crisis of confidence in the service sector, will depress demand. How far this occurs is contingent on how governments handle the crisis. If the Coronavirus scare triggers a recession, then the figures projected overleaf will have to be downgraded.
Tilbage til markedspladsen